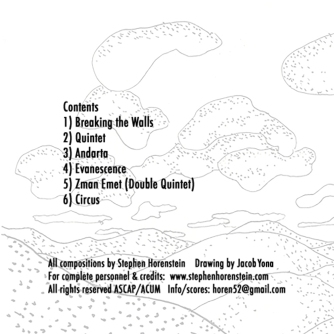 May be purchased at  CD Baby, Amazon.com and ITunes

In this new release Horenstein has selected those works which he considers some of his most definitive artistic statements (1985-2016).   They all share an eery surrealistic quality, typical to the composer’s poetic style of juxtaposing  opposites and extremes.

*AVAILABLE! at CD Baby-also Amazon and I Tunes

…it challenges you to think, to react, and to eneter a tough world with a heavy pulse…you are dropped into a dense space and left to figure out what’s happening.  With repeated listening, the terrain gets more familiar and enjoyable…..What these artists do well is communicate the complexities of a paradoxical society, simultaneously traditional and pioneer.  In some ways they do a better job of revealing the Israeli soul than news soundbytes ever could.”

By EYAL HAREUVENI, Published: January 15, 2014
Butterfly Effect Ensemble is a trio of three veteran Israeli musicians—woodwinds player Stephen Horenstein, known for his decade long association with innovative trumpeter Bill Dixon, a dedicated educator and passionate collaborator with cross-genres artists as dancers; percussionist Jeffrey Kowalsky, the principal percussionist in Israel symphony and philharmonic orchestras, who plays on myriad of ethnic percussive instruments (Indian, Arabic, Caribbean and African) and a close collaborator of Horenstein in many of his projects, and pianist Lior Navok, a contemporary composer and soloist of many chamber outfits and symphony orchestras all over the world.

The trio began working in 2009, beginning with live improvisation-compositions for classic silent films such as Nosferatu (W.F. Morneau, 1922), Metropolis (Fritz Lang, 1926) and The Golem (Carl Boese Paul Wegener, 1920). The trio released its debut album in 2010, The Natives Are Restless. The sophomore release feature the trio using its extensive instruments arsenal (over 75 instruments are played) in attempt to articulate musically and visually a journey through dream-states feelings, sounds and colors.

The interplay of the trio is nurtured by years of collaborative work, deep understanding, exemplary listening and the breadth, inventiveness and the imagination of the musical vocabularies of each musician. The 53-minutes title piece evolves and transforms between extreme poles—from a subtle, meditative depths with East-Asian overtones, ritualistic, delicate, ethnic -tinged dances, surreal, dissonant and even eccentric improvisations, to intense, raw and cathartic eruptions—but never loses its sharp focus, sense of dramatic progression and its tight, tough risk-taking, interplay. Throughout this real-time improvisation that eventually blossoms as a cohesive composition the trio structures new world musical universes, vivid, cinematic scenes and keep experimenting with nuanced, new sounds, some sound old and others futuristic and unworldly.

Patiently and methodically this captivating collaborative, spontaneous process of music making-sonic journey orchestrates its own cinematic narrative, rich in details and enigmatic moods, colors and shades. The dramatic tension reaches its climax towards its end and then dissolves gently into a series of gentler, compassionate gestures, reaching a profound musical bond that is articulated in brief, minimalist sounds.

*NOW AVAILABLE! at CD Baby and I Tunes

http://www.allaboutjazz.com/php/article.php?id=46229#.UzprtSjV15g”Experimental acoustic music which weaves a journey through many states of mind, using unusual sounds and instrumental colors. The ensemble plays over seventy-five instruments (traditional, modern ancient and ethnic), to create their original style.”

Ministry of Culture announces the Prime Minister’s Prize for Composers

“Stephen was born in the United States, and grew into the music scene of the sixties and seventies of the east coast.  He began his musical studies near Boston and from there went to New York. “He was there when it happened”; he drew upon and studied with American music’s finest artists of this period.  As a member of the New York “free music scene”, Horenstein played and studied with the best artists in the genre. Steve came to Israel in the early eighties and brought with him a deep cultural tradition of decades. He was able to translate what he had learned and to create a unique language for contemporary Israel. During all these years and to this day, he lives and works in Jerusalem “port” city, which is his inspiration and which is continuously fed by the city’s diversity. Steve is a saxophonist and multi-player wind instrument player. He often performs in the music he composes; he is a multidisciplinary artist who creates with a sense of surprise. To his credit are dozens of impressive works, which were played in festivals throughout Israel and the world. He is considered a master appreciated by generations of young musicians who he has influenced throughout the country.”

(translated from the Hebrew website of the Israel Ministry of Cutlure) 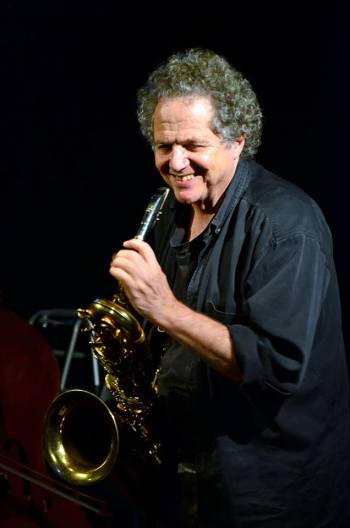 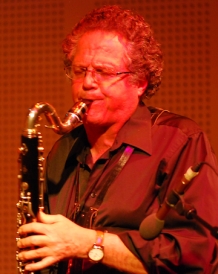 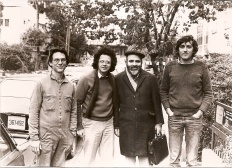 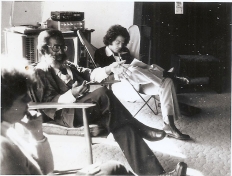