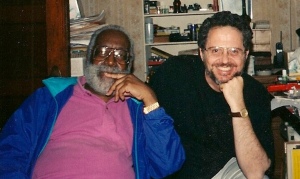 I met Bill Dixon in the spring of 1970, while visiting the then wildly experimental Bennington College. I was a scrawny twenty-two-old kid, wounded from the near-draft into the Vietnam war, and needing respite. That respite was to be the classical flute, a far cry from the years of meaty saxophone playing since childhood. Better then (so I thought!) a focused dedication toward a safe orchestral chair through work with French flute master: Marcel Moyse. Wrong. This was never in the cards. I remember those first words of Bennington dance student Cheryl Neiderman: “Have you met Bill? You guys would really hit it off!” It took me several weeks to muster up my courage. And when I did, something instinctively told me that finally a musical direction so formidable and promising was staring me starkly in the face. I had met my musical master.

Bill first heard me play on borrowed alto saxophone; he said right away that I was “overblowing” it. (That’s sort of trying to fit a 6 ½ hat on a 7 ¾ head). “Did I have a tenor?”, he asked. (I half-truthed. I said, “Certainly”.) I asked Mom (my life’s savior) to send an old tenor which I had bought, but never played, via Greyhound bus…and then, like a junky withdrawing, disappeared—appearing a week later, able to play at a level worth Bill’s time. I learned to play tenor with the force of Prometheus…That was the beginning of an apprenticeship in the deepest sense, one white angry middle-class white boy, and one Black angry master who, for some strange reason, decided to take this nervous, overwrought Jewish post-adolescent under his wing and teach him everything he knew—from playing a solo, to writing a line, to composing for ensemble…from social injustice, (through the eyes of a Black man), to women, adventure, travel…For some strange reason he saw the best in me, something which took me another thirty years to learn to see on my own.

To learn with Bill Dixon sometimes meant “exorcising”, a constant upheaval (but it was after all, theatre)–to harden, to shock, to reassemble White accoutrements until one was left staring at one’s own exhausted new face. This was all part of that resilience exercise musicians learned from New York jam sessions when pros would call a tune and young “hopefuls” would get up there– knowing they’d probably get the “shit” knocked out of them, butcher the chord changes anyway. They would be booted off the stage, but would return a week later for more—with the fumbled song they had practiced, over and over, they would be allowed to play again…unless, of course, lady luck would not shine upon them, (i.e, suddenly the leader, knowing the tune was in Bb, would yell out: “Sweet Georgia Brown, in F#!!!). Down the cat would go, tail between his legs, off for another week of woodshedding. That was the school. That was the university!

So Bill re-enacted such moments of shock therapy in his teaching, not in the confines of some smoky Harlem club, but beneath the elms and above the rolling green hills of pastoral Bennington, Vermont! Unfortunately, more than one of those infamous days was directed at me.

“Play, he demanded.” I played. “Oh, there’s your Coltrane.” Play, man!. “Oh, that’s Sonny Rollins.” Play man!. “What, you trying to put Archie Shepp on the map?” Play, play! (exasperation, anger), again,….”Ben Webster…”Shit. You sound like everyone else. Where the hell are you?… Now get out of here, find a room, stand up for 15 hours a day and play the bullshit out of yourself.”…. And I did—for a solid week, 15 hours a day, until emerging, weak-kneed, but with a thread of a sound.

And why did this apprenticeship start with “playing” and not “writing”? For Bill, playing and writing were basically the same. With “playing”, he would say, you don’t have an eraser. Both need careful planning, work, thought….To be a “player” (Bill HATED the word “improviser”; this was distinctly a White term; we PLAYED) was to compose. To play was to build architecturally, for REAL, with emotion. To hesitate, to plan in your tweaky brain as you played, would be risking suffocation in a black hole of self-criticism, a hell all “playing” musicians should be spared. Self-criticism was useful in the solitary confinement of practice rooms , but unbearable while playing. TO PLAY, no matter what the circumstance, was being REAL. Even playing in solitary confinement, was playing as if throngs of thousands were glued to your sounds.

The art of the solo: the instrument transformed into orchestra; breadth of range, frequency, dynamics, timbre, speed, tonal centers, intervals, use of space, creating the illusion of many instruments playing. A cinema-graphic use of parallax—long, short, quick cut, fade, close up, pan, return to long short. A boxer mixing his punches, always surprising: short jab, another, wide hook, undercut to jaw—The very eye in constant motion, the ear as eye.

The solo: the defining moment for an artist. It involves intense concentration. The stark terror of aloneness, against a black void, against silence…with no active partners…Bill taught us: ”Play as if it is your last day on earth, and what you are going to play you are known forever”…. Without this definitive moment of “truth”, this art form is spineless. It is the defining moment of a player’s craft, passion, powers of concentration, spirit, and absolute need to play– the summation (and consummation) of thousands of hours of practice, knowledge and feeling.

The training is first and foremost a training of the mind. It is a balance between intuition and cognition, between developing an unblocked flow of ideas and the honing of skills needed to make those ideas. The balance is in daily craft, with an instant recall of ideas compressed into those moments of craft. To create is to create something new, with an inner logic and cohesion, as well as expression. The language is self-generated from within, and, as apart from other streams of creative music, the hinted historical “style” is undesirable. What is desirable is conviction and uninterrupted flow of ideas.

What has made Black Music truly unique is the evolution of the solo art form. Without the solo, without the nurturing of the individual’s sound and signature, the music’s very essence would be paled. The balance between organized concepts and the freedom of the player’s developed intuition is the foundation: but the “player” himself is the ultimate resource, the stuff from which the music is made. The player’s continued training and dedication is the lifeblood of the music—and, in later years, the lack of such practitioners, lead masters like Bill Dixon (and Cecil Taylor) to worry about the music’s very existence. With the onslaughts of rock-fusion, commercialism and re-insurgence and popularity of re-worked Bebop, the propensity for young musicians to take up the challenge of creative music lessened from year to year. The seemingly inexhaustible resource of players and creative ideas, and desire, was on the wane, and the music, in danger of extinction.

Notational composition was approached like a Zen master. One would anticipate the next move. You began with the end, anticipating where a line would move, like a master chess player. Bill would often take my line, and show the alternative possibilities, like a good tour guide encouraging you to steer away from the “beaten track”, your habits (why compose the obvious, the expected?)– traveling to distant and unexpected vistas. That was the key to originality: Avoid the clichés, YOUR clichés.

And bodily immersion? Twelve hours of grunt work, breaking down barriers between the body and instrument–preparing for that one, larger than life moment, like in martial arts, that one cutting gesture, defining, projecting oneself into another trajectory. Here, art was life, not a separate endeavor.

During these first months with Bill Dixon, I was obsessed with becoming a player. I hung on his every word, trying to avoid being an obvious nuisance, but being around him as much as I could, whether in his studio, his apartment, at a meal. At that time Bennington was rather a wasteland for musicians, with a few students eager and willing, but with little experience or talent. Not to say that I was G-d’s gift to music, but I had arrived with some musical training and background—and, most of all, a desperate need to play. Bill was an apprentice’s master in the truest sense. He let me know when there were glimmers of strong playing—and the opposite (he was ruthless in detecting the B.S). To “think” too much was to block the flow of unconscious musical ideas (or “preconscious” ones, as he would put it), exchanged for masked ideas, ideas couched in underlying “voices” (conscious) saying, “Ooo, this would be good, no, this would be better….”. The result was inevitably stiff, un-spontaneous, un-flowing music, full of hesitations, unnatural breaks….in short, mediocrity personified. These first lessons were lessons in quality control—absolutely essential for a player’s basic foundation. They were long, arduous, and frustrating. They often left one paralyzed. The search for one’s voice was elusive….

Reminiscences are excerpts from a forthcoming book of the same title. 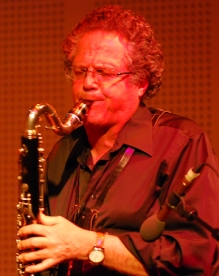 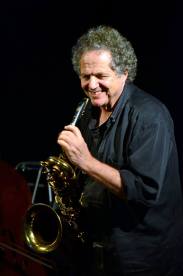 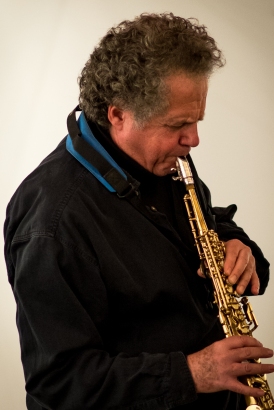 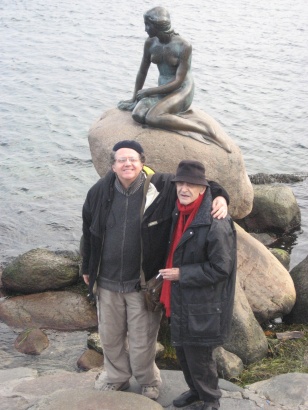 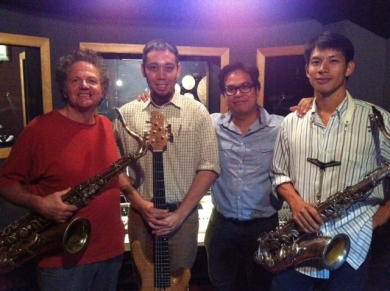 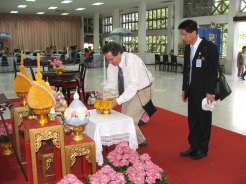 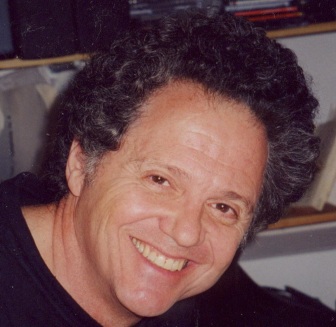